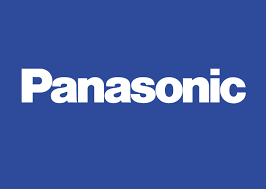 With India readying its roadmap for transition to electric mobility, leading global manufacturers of lithium-ion batteries are exploring opportunities to first build assembly units, even as they eventually plan large-scale manufacturing of lithium-ion cells in the country.

Almost all electric vehicles (EVs) in India run on imported batteries, mostly from China. At present, a lithium-ion battery accounts for 40% of the total cost of an EV. Lithium also has other uses such as in mobile phone batteries and solar panels.

As EVs gain prominence in the domestic market, multinational companies in the battery manufacturing space first want to test the potential of the Indian market by assembling modules or battery packs.

For instance, Panasonic will initially assemble batteries for two- and three-wheelers as the Union government wants to push for a shift towards electrification in these two segments. The Japanese company will also invest in setting up charging stations and telematics platform for electric three-wheelers.

“The logical step that we would take before jumping into manufacturing cells in this country is to look at module assembly to happen. That consideration is going on about how to assemble the modules in this country. You can’t expect many large factories to come up because it’s a catch twenty-two situation. If it is not Gigawatt scale, then cost-efficiency will not be enough," said Manish Sharma, president and chief executive officer (CEO), Panasonic Corp.

Sharma said the company is yet to finalize its plans, but once the company decides to assemble modules in India, lithium-ion cells will be imported from factories in Japan or China.

“Our cells have the capability to go anywhere. We can bring in the cells suited for two- and three-wheeler applications and those modules can be assembled here. In our case, first we will look at two- and three-wheelers. Not only batteries, but we will also invest in other services like charging stations and telematics platform for people to track their vehicles, charging or discharging cycles and other things related to the vehicle," Sharma said.

Mint reported on 25 July about how the EV programme aims to be technology-agnostic, meaning it will be left to the market to determine which technology is best suited for the country, depending on demand and price.

Toshiba Corp. and Denso Corp. have already formed a joint venture with Suzuki Motor Co. to invest around ₹1,100 crore in setting up a manufacturing facility for lithium-ion batteries in Gujarat. It will initially produce batteries for hybrid vehicles and later for EVs. South Korea’s largest battery manufacturer LG Chem has joined hands with M&M to assemble battery packs in a factory at Chakan, Maharashtra.

Given the changing global energy landscape, India has set up a National Mission on Transformative Mobility and Battery Storage. An inter-ministerial steering committee has also been set up which is chaired by NITI Aayog CEO Amitabh Kant.

The committee comprises secretaries from the ministries of road transport and highways, power, new and renewable energy, and the departments of science and technology, heavy industries, industrial policy and promotion and has held numerous meetings to expedite the plan. It also has director general of Bureau of Indian Standards (BIS) as a member, with some meetings also been attended by the secretaries of the ministries of mines, electronics and information technology and environment, forest and climate change.