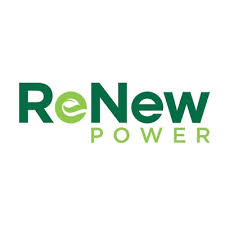 ReNew Power recently announced commissioning of its 300 MW solar plant at Pavagada Solar Park in Tumkur district of Karnataka. This is ReNew Power’s largest solar plant commissioned in terms of capacity till date and will help mitigate 0.6 million tonne of CO2 emission per year, a company statement said.

ReNew has a solar portfolio of nearly 3 GW across India, including both commissioned and projects under development. With the commissioning of this plant, ReNew Power looks to partner with the Karnataka government in harnessing the solar potential in the state, company’s Chairman and MD Sumant Sinha said.

“This is the first utility scale solar plant in India to use high efficiency Mono PERC solar modules and is based on seasonal tilt technology with string inverters. With the commissioning of this site, we have now increased our installed capacity in the 2,000 MW Pavagada Solar Park to a total of 350 MW,” ReNew Power Chief Operating Officer Parag Sharma said.

The plant, during its construction phase, generated direct and indirect employment for around 1,500 people and will directly employ more than 100 people post commissioning. ReNew is an independent renewable power producer. As of February 2019, the company had a total capacity of over 7.5 GW of wind and solar assets in India, including commissioned and under development projects.