Oil India to drill in Dibru-Saikhowa National Park from outside. 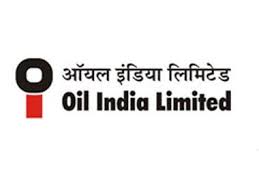 PSU major Oil India Ltd. (OIL) recently claimed it will drill seven wells inside the Dibru-Saikhowa National Park from about 1.5 km distance outside the boundary of the forest with the help of advanced technology. After the company published an advertisement in a leading newspaper on Tuesday about the development, netizens protested on social media and demanded protection of the National Park.

"This is a state of the art technology, where drilling will take place around at an average more than 1.5 kilometres outside the demarcated area of the national park where OIL already is carrying out hydrocarbon exploration since last 15 years (Baghjan area)," OIL said in a statement.

The company will be able to accomplish this task of exploring hydrocarbon reserves under the Dibru-Saikhowa National Park by use of the Extended Reach Drilling (ERD) technology, it added.

"ERD techniques are extensively used to intersect hydrocarbon targets far from the surface or areas of the reservoir which otherwise are difficult to access. By using this technology, wells can be drilled up to a depth of approximately four km from the existing well plinth without entering the protected area.

"Through ERD technology, OIL will reach the target depth of around 3.5 km beneath the surface of the National Park without carrying out any drilling activity inside the National Park," the statement said.

OIL asserted that no disturbance to the environment and Dibru-Saikhowa National Park is envisaged due to use of ERD technology.

The company informed that in order to tap the hydrocarbon resources underneath the Park, it had approached statutory bodies for obtaining necessary permissions in 2016 on the basis of the ERD technology.

"OIL went through an elaborate process for obtaining the necessary approvals from statutory bodies like MoEF&CC after fulfilling the stringent guidelines and adhering to various compliances and establishing the fact that OIL will not enter the Dibru-Saikhowa National Park area," it added.

The Ministry of Environment, Forest and Climate Change (MoEF&CC) accorded environmental clearance for extension drilling and testing of hydrocarbons at seven locations under Dibru-Saikhowa National Park, north west of Baghjan in Tinsukia district. This development as per statutory requirement was published as a newspaper advertisement for information of all stakeholders concerned, the company said.

"It has been observed that post publication of the advertisement, certain section of the stakeholders have expressed their concern assuming that OIL will be operating inside the National Park...they can be reassured that OIL's operations will have no impact on the Dibru-Saikhowa National Park area," it added.