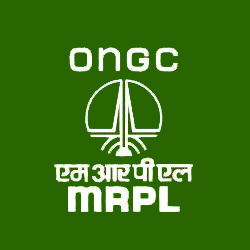 The BS-VI grade diesel and petrol produced by Mangalore Refinery and Petrochemicals Ltd. (MRPL) will be available in the retail outlets of oil marketing companies (OMCs) in Karnataka by March 1, according to M Venkatesh, Managing Director of the company.

Addressing presspersons in Mangaluru on Saturday, he said MRPL has started producing BS-VI grade diesel and petrol from the refinery process units with a view to start supplying to Mangaluru-Bengaluru pipeline by the end of November itself.

“Our first demand for BS-VI grade is coming from Bengaluru. Because of the existing content in the Mangaluru-Bengaluru pipeline as well as the storage facilities the OMCs have got, they need to flush it (BS-IV). OMCs have been mandated to supply BS-VI grade diesel and petrol across the country from April 1 2020. To make that happen, OMCs should get them in November itself,” he said.

To a query on the product requirements from the Karnataka market, M Vijaykumar, Director (Refinery) of MRPL, said the requirements for Bengaluru, Hassan and Mangaluru -- the areas predominantly fed by MRPL -- are around 80,000 tonnes per month for petrol, and between 1,50,000 tonnes and 2,50,000 tonnes for diesel. The refinery has switched over to the production of BS-VI grade diesel and petrol from September-end. The consumer will get BS-VI grade products in petrol pumps by March 1, he said.

Venkatesh said that the refinery complex had faced the below-ground soil erosion due to very heavy rainfall during the first and second week of August, affecting the foundation of one of the pipe racks in the phase-III refinery complex.

Venkatesh said that the crude oil supplies to MRPL have not been affected due to the recent attacks on Saudi oil facilities. “We are able to sustain our operations normally,” he said. Going forward, the company expects stable crude oil supplies from Middle East and Saudi Arabia, he added.