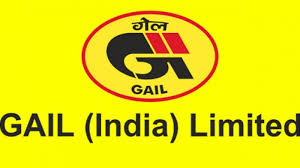 Gas pipelines are planned to take the fuel to the east and northeast regions as well as to consumers in the south as part of the government push to raise the share of natural gas in India's energy basket to 15 per cent by 2030 from the current 6.2 per cent, he said.

GAIL's push for infrastructure creation is in line with Prime Minister Narendra Modi's vision of creating a gas-based economy that is less reliant on polluting fuels for meeting its energy needs.

India currently consumes some 160 million standard cubic meters of gas per day and the consumption has to rise to 600 mmscmd to reach 15 per cent share in the energy mix, and GAIL is laying the infrastructure to help achieve that.

At present, GAIL operates 12,160-km of pipeline network and markets two-thirds of all-natural gas sold in the country. It will add about 7,000 km of pipeline length in the next five years, Jain said.

The company is scaling up on liquefied natural gas (LNG) import capacity. Besides owning a part of Petronet LNG Ltd., India's biggest liquid gas importer, it also owns and operates a 5 million tonnes LNG import facility at Dabhol in Maharashtra.

"We have awarded the contract for construction of a breakwater at Dabhol to L&T and this should get completed in two-and-half-years. The completion will help operate the Dabhol terminal at its full capacity of 5 million tonnes per annum," he said.

Currently, operations are restricted during monsoon months as high tide could damage ships carrying gas in its liquid form.

Domestic gas production meets just half of the country's demand and the rest has to be imported.

Besides pipelines, GAIL is also expanding city gas distribution (CGD) networks for retailing of CNG to automobiles and piped natural gas to household kitchens, he said, adding investments are also planned for the expansion of Pata petrochemical plant in Uttar Pradesh as well as converting a LPG recovery unit at Usar in Maharashtra into 5,00,000 tonnes Polypropylene plant.

GAIL is looking to put up 400 CNG stations and give out a record 10 lakh piped natural gas (PNG) connections to household kitchens in the next 3-5 years.

The company is building a 2,655-km gas pipeline from Jagdishpur in Uttar Pradesh to Haldia in West Bengal, Bokaro in Jharkhand and Dhamra in Odisha. Jagdishpur-Haldia & Bokaro-Dhamra Natural Gas Pipeline (JHBDPL) project, also known as the 'Pradhan Mantri Urja Ganga' project, was inaugurated by the Prime Minister in July 2015.

GAIL has commenced city gas operations in all the six geographical areas (GAs), including in Patna and Bhubaneshwar, that was awarded to it along the Urja Ganga route, Jain said.

The pipeline will be extended to Guwahati by laying an additional 750-km line. At Guwahati, it would interconnect with the upcoming 1,500-km 'Indradhanush' pipeline network conceived to operate in the northeast region by the public sector oil and gas majors.