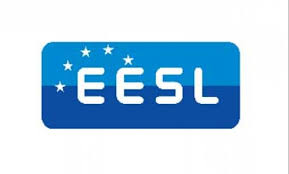 State-run Energy Efficiency Services Ltd. (EESL) is in talks with oil major Royal Dutch Shell for a joint venture to invest over Rs. 40,000 crore in setting up 5,000 MW decentralised solar plants with storage for low-cost electricity in rural India.

EESL is also in talks with at least two other companies for a stake in the venture. Going by a regular debt:equity ratio of 80:20, the joint venture (JV) would invest about ₹8,000 crore. Sources said EESL can hold 51% in the JV. They said Shell is keen on the partnership as it is eyeing opportunities in India’s renewable energy space.

EESL is working on creating multiple revenue streams from land offered by state governments and taking clean energy to the demand point while eliminating line losses and costs, said managing director Saurabh Kumar. This will be the company’s largest project so far.

He did not divulge details of the JV. “We are looking to have an investor into a JV specifically for the solar and storage projects for rural India. Our promoters will invest some amount and we are looking at having an external investor. It could be any entity, which has similar goals as we have, in the long run,” Kumar said. Shell India did not offer comments saying, “We do not comment on market rumour or speculation".

Sources said the proposal includes setting up decentralised solar plants with storage on land provided by state governments to offer round-the clock power at an attractive price of ₹3.50 per unit for 25 years.

EESL joint venture plans to source used batteries from car manufacturers, which are proposed to be used as stationery storage devices, they said.

The joint venture is placing its bets on the fact that state distribution companies incur heavy losses in supply to rural areas and towards subsidies to agricultural consumers. The cost of supply to rural consumers in states like Haryana, Punjab, Uttar Pradesh, Karnataka, Tamil Nadu and Maharashtra is upwards of Rs 6 per unit.

Solar tariffs in the country have fallen to as low as Rs. 2.36 per unit but they do not include various charges and are without storage.

EESL has proposed that if the state governments replace all gram panchayat street lighting with LEDs, it will charge Rs. 3.87 per unit of electricity supply for 25 years. In addition, if the inefficient agricultural pumps are to be replaced with efficient ones, the tariff will be set at Rs. 4.50 per unit for 25 years.

EESL has already signed agreement with Maharashtra for implementing 800 MW of decentralised solar plants in the state. The average size of the plants at one location is 0.7 MW, up to a maximum of 10 MW.

“We have built a base case in Maharashtra. We are in talks with Uttar Pradesh and Jharkhand also,” Kumar said, adding Maharashtra alone has a requirement of 12-13 GW if the state were to solarise all agriculture pumps.