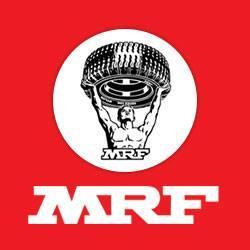 Leading tyre maker MRF has said that it has partially commissioned Phase 1 of its Greenfield unit at Dahej Industrial area, Gujarat.

The company had indicated that its Gujarat project would be one of its largest and had planned a capital outlay of ₹4,500 crore. The new factory complex is expected to produce a million tyres a month.

While the company plans to use the new factory at Gujarat to serve both the domestic and export demand, Gujarat’s emergence as an automotive manufacturing destination was also a key factor. Gujarat now houses big car factories of Tata, Ford, Maruti Suzuki, Honda and two wheeler units of Honda and Hero, among others.

Meanwhile, MRF has reported a 15 per cent fall in its standalone net profit at ₹237 crore for the quarter ended December 31, 2019 when compared with ₹279 crore in a year-ago period..

Its revenue fell marginally to ₹4,009 crore from ₹4,034 crore in Q3 of previous fiscal. Though automotive OEM demand was sluggish, replacement demand was decent. The company derives a major portion of its revenue from the replacement business.

The board has declared a second interim dividend of ₹3 per equity share (30 per cent), according to a statement.