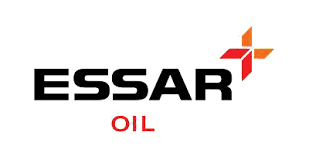 Essar Oil UK plans to build a new carbon capture plant at its Stanlow refinery with an investment of £360 million, in line with its ambition to become a leading low carbon refinery by 2030.

Essar is investing over £1 billion into a range of energy efficiency, fuel-switching and carbon capture initiatives, designed to decarbonise its production processes significantly by 2030 and put Essar at the forefront of the UK’s shift to low carbon energy.

Essar will achieve its decarbonisations targets through a combination of incremental energy efficiency and transformational projects, it said.

Kent plc has been awarded a pre-FEED engineering contract to develop the facility that will take the CO2 emitted from one of Europe’s largest full-residue fluidised catalytic cracking units, located at the Stanlow refinery. The gas will be permanently sequestered into depleted gas fields under the sea in Liverpool Bay, as part of the HyNet cluster infrastructure in the North West of England.

Once complete in 2027, the plant will eliminate an estimated 0.81 million tonne (MT) of CO2 per year - the equivalent of taking 4,00,000 cars off the road, eliminating nearly 40 per cent of all Stanlow emissions, said the company.

In September, the company announced it had signed a ‘Heads of Terms’ offtake agreement with Vertex, a joint venture with Progressive Energy, for the supply of 280MW of hydrogen. The hydrogen will be used to help decarbonise Essar’s existing production facilities including the new hydrogen powered furnace which was delivered in August this year. The £45 million furnace is the first of its kind in the UK, capable of running on a 100% hydrogen source and will replace three existing furnaces at Stanlow.